Miles, Madeline and the little Francis: A Fantasy story for kids with Illustrations (Hardcover) 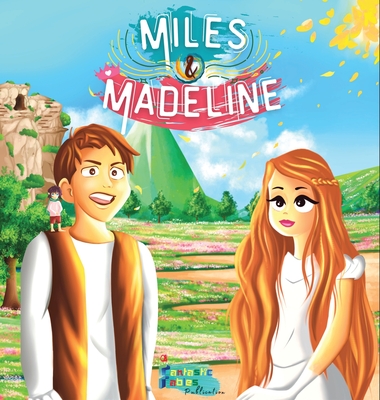 The fate of a princess and a noble village boy intertwined when a savage king had taken over their territories by conjuring powers with the help of an outcast from the magical hobbit's community.

Princess Madeline, the daughter of King Gilbert, got separated from her father during the battle with King Victor. She was abducted by a fisherman. But Madeline had the intellect and magical powers to make her way out of his confinement.

Miles, a village boy, along with his elder brother Sam, decided to visit big towns to earn some wealth after the death of their parents. On the journey, they encountered Francis, a hobbit, whom they helped, and in return, he presented a magical reward to both of them.

Fate introduced Madeline, Miles, and Francis to each other and they set off on the journey to take back their territory and rescue the community of hobbits by breaking the spell of King Victor.

An illustrated fantasy story, with its many twists and turns, makes it a fascinating choice for both Girls and Boys aged 7 and above.

Click on the Publisher Profile to explore a fantastic collection of children's storybooks which includes *Miles & Madeline, *The Secret of Alfred Hills High School, *A Picnic Gone Wrong, *The Hunters and the Mighty Tigresses of Sundarbans, *A Rebellion Rabbit rivals a Mighty Lion.