A Black Man's Journey from Sharecropper to College President: The Life and Work of William Johnson Trent, 1873-1963 (Paperback) 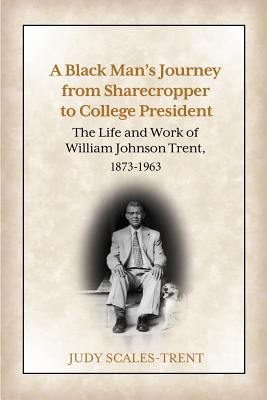 An intimate portrait of the life of a black man who lived from just after emancipation to the boycotts and sit-ins of the 1950s and 1960s -- this book not only tells of his journey from the farm to a leadership position in the black middle class, it also describes this world he came to inhabit. Through interviews with family, family friends, and former students and teachers at Livingstone College, the reader will come to know him through his marriages and his losses, his children and his friends, his love of music and his love of books.

Born in 1873, raised in western North Carolina by family members who had been slaves, William Johnson Trent started his life as a sharecropper and would go on to become one of the most important leaders in what was then called the Colored Men's Department of the YMCA, an organization created to help young men make the transition from farm to city. He then became president of Livingstone College, a black school created by the AME Zion Church.

Trent was able to make such a radical change in his life because by the time he was a young man, the black community had created these institutions in western North Carolina to educate and guide black youth. The AME Zion Church created Livingstone College in Salisbury in 1882. By 1883 there was a black Y in Charlotte. Trent spent his life working within these organizations, helping them develop and thrive. He also helped create a new black institution when, in 1944, he became one of the founders of the United Negro College Fund.