Wall in My Head: Words and Images from the Fall of the Iron Curtain (Words Without Borders Anthologies) (Paperback) 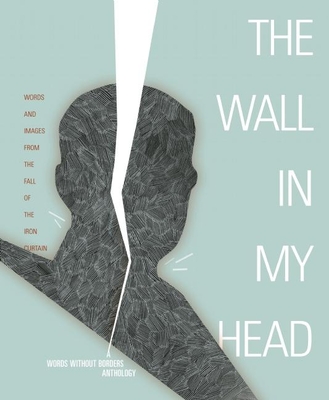 By Words Without Borders (Editor), Keith Gessen (Introduction by)
$15.95

A year or so after the Wall came down, I paid a brief visit to Moscow. The first thing I noticed was that the taxi cab drivers in Moscow, always masters of small talk, were repeating themselves.--Dubravka Ugresic, from The Souvenirs Of Communism

On the night of November 9, 1989, after months of unrest in Europe and East Germany, the checkpoints between East and West Berlin were suddenly, almost accidentally, opened, reuniting the two sides of the divided city, and bringing together a divided Europe and two worlds that had been apart for nearly thirty years. However, the fall of the Berlin Wall was just one of many signs of change that came with 1989; before long a spate of revolutions, the Autumn of Nations, had spread across Europe and by December, it appeared that the Cold War was over.

To mark the twentieth anniversary of this momentous collapse, and to shed some light on how it came to pass, Words without Borders presents The Wall in My Head, an exciting anthology that features fiction, essays, images, and original documents to pick up where most popular accounts of the Cold War end, and trace the path of the revolutionary spirit of 1989 from its origins to the present day.

The Wall in My Head combines work from the generation of writers and artists who witnessed the fall of the Iron Curtain firsthand with the impressions and reflections of those who grew up in its wake and whose work, childhoods, and memories are all colored by the long shadow that it cast. The Wall in My Head provides a unique view into the change, optimism, and confusion that came with 1989 and examines how each of these has weathered the twenty years since that fateful year.

Words Without Borders is a nonprofit entity dedicated to publishing and promoting international literature in translation. Responsible for a number of anthologies, including Literature from the Axis of Evil, Table & Pen, and The Ecco Anthology of International Poetry.

Keith Gessen was born in Russia and educated at Harvard and Syracuse. He is the founding editor of the magazine n+1 and author of the novel All the Sad Young Literary Men.