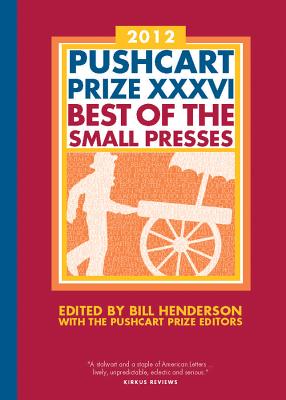 This is book number 36 in the The Pushcart Prize Anthologies series.

The most honored literary series in America celebrates thirty-six years of continuous publication.

"As ever, an essential barometer for spotting literary trends and for writers figuring out where to send the next submission. And, as ever, essential, period," said Kirkus Reviews about 2010's Pushcart Prize XXXV. "An exciting overview of American literature," noted Booklist, and Publishers Weekly added, "A monumental year." In The Pushcart Prize XXXVI more than sixty selections of memoirs, poetry, essays, and short stories have been picked from thousands of nominations by Pushcart Press staff editors and hundreds of small presses. This year Michael Waters and Laura Kasischke will serve as guest poetry editors. The result: "The most creative, generous, and democratic of any of the annual volumes" (Rick Moody). Among its numerous awards, the Pushcart Prize has been chosen for the Poets & Writers / Barnes & Noble "Writers for Writers" Award and the National Book Critics Circle Lifetime Achievement recognition.