The Collected Supernatural and Weird Fiction of Elia W. Peattie: Twenty-Two Short Stories of the Strange and Unusual (Hardcover) 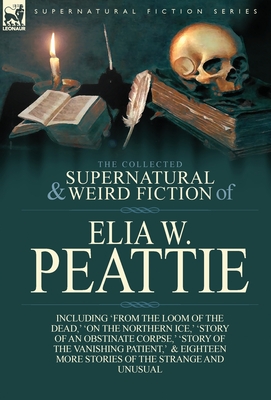 By Elia W. Peattie
$31.20
Ships from our supplier - you choose to your home or to the store

The ghostly tales of a highly distinguished female American author Elia Peattie was a prolific American author, journalist and critic of the later 19th and early twentieth centuries. The young Elia was an avid reader and writer and although she left school at the age of fourteen, she was exceptionally talented. By her early twenties she was writing short stories for newspapers and soon became a journalist for the 'Chicago Tribune.' During her career she held a number of senior journalistic posts and wrote for many of the most prestigious American periodicals of the day. She wrote novels, non-fiction guides and travel books, which were well regarded, as well as books for younger readers. 'The Shape of Fear, ' her only volume of short stories of the strange and ghostly has been augmented here, by several previously uncollected tales, to create a collection that includes such evocative titles as 'From the Loom of the Dead, ' 'On the Northern Ice, ' 'Story of an Obstinate Corpse, ' 'Story of the Vanishing Patient, ' 'The Angel With the Broom' and 'The Blood Apple.' This special Leonaur edition is therefore the most complete collection of Elia Peattie's supernatural fiction available and it will be a welcome addition to the libraries of all those fascinated by he genre.
Leonaur editions are newly typeset and are not facsimiles; each title is available in softcover and hardback with dustjacket.