The Illusion of Evidence-Based Medicine: Exposing the crisis of credibility in clinical research (Paperback) 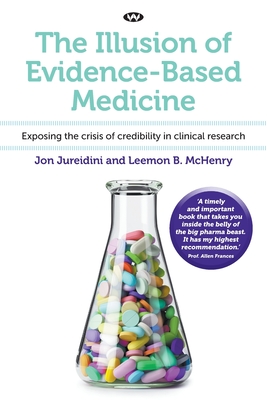 An expos of the corruption of medicine by the pharmaceutical industry at every level, from exploiting the vulnerable destitute for drug testing, through manipulation of research data, to disease mongering and promoting drugs that do more harm than good.

The Illusion of Evidence-Based Medicine provides a detailed account of these studies and argues that medicine desperately needs to re-evaluate its relationship with the pharmaceutical industry. Without a basis for independent evaluation of the results of randomised, placebo-controlled clinical trials, there can be no confidence in evidence-based medicine.

Science demands rigorous, critical examination and especially severe testing of hypotheses to function properly, but this is exactly what is lacking in academic medicine.