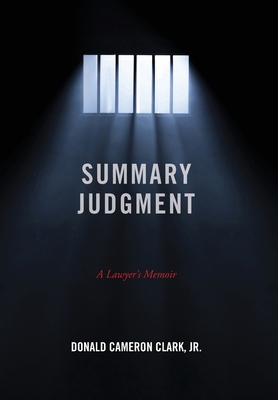 During the summer of 1984 twenty-year-old Tommy Hamilton, the product of a deprived childhood in rural Alabama, shoots and kills his boss. Convicted of murder, Tommy is sentenced to death. Before facing the electric chair, one final appeal offers the chance to save Tommy's life, if only his two Chicago-based lawyers and a nun from Alabama can prove he is not legally guilty...even if he is not truly innocent.

Tommy fears an incarcerated life more than the electric chair. As limited as his intellect is, he realizes that even a reduced life sentence without the possibility of parole is-like electrocution-a death-in-prison sentence. If his lawyers are unable to get him out, Tommy professes a willingness to be executed.

Despite a material witness allegedly committing suicide and their client escaping from jail during the court proceedings, the lawyers present evidence that perjury tainted both Tommy's conviction and death sentence. Nevertheless, the judge assigned to determine Tommy's fate maintains that "Hamilton may deserve the death penalty and he may yet receive it."

Summary Judgment is the fascinating true crime story told by one of Tommy's lawyers that reveals how this life-and-death case unfolded in real time.