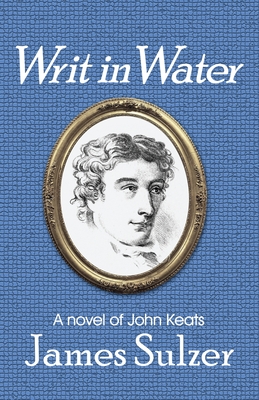 Beloved British poet John Keats died in 1821 at age 25. What was his life really like? Did he find love? What experiences led to his great poetry?

This captivating novel reimagines Keats at the moment of death as he undergoes a series of heart-wrenching trials that offer answers to these questions.

It is February 23, 1821. John Keats' time on earth has come to an end, and he finds himself in a "way station" somewhere above Rome, where he spent the last months of his life. Alongside him is a mysterious spirit who seems to wish to communicate with him but is unable to speak.

Keats receives short, dramatic visits from spirits out of his past. Cruel critics. The tight-fisted guardian of his grandfather's estate. His brother and sister. A painter who hounded him for loans. And Fanny Brawne, his off-and-on love.

Meanwhile, key memories from his life unfold for his review. The moment when his grandmother died and he and his siblings were left orphans. A time he stood up for his brother Tom when he was bullied by a school official. Tom's death from consumption. A pivotal hike through the Lake District, the home of Keats' hero William Wordsworth. His dramatic meeting and courtship of Fanny Brawne.

Along the way he undergoes three judgments from the universe on his relations with his siblings, with his peers, and finally on his life and accomplishments in sum.

He also learns the surprising identity of his spirit guide and-in the breathtaking conclusion-he is witness to the stunning secret that will decide his fate.