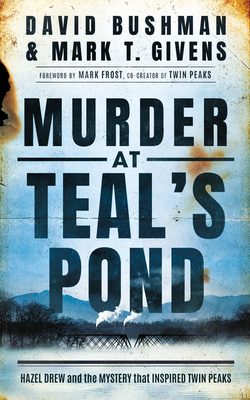 A brilliantly researched reinvestigation into the nearly forgotten century-old murder that inspired one of the most seductive mysteries in the history of television and film.

In 1908, Hazel Drew was found floating in a pond in Sand Lake, New York, beaten to death. The unsolved murder inspired rumors, speculation, ghost stories, and, almost a century later, the phenomenon of Twin Peaks. Who killed Hazel Drew? Like Laura Palmer, she was a paradox of personalities--a young, beautiful puzzle with secrets. Perhaps the even trickier question is, Who was Hazel Drew?

Seeking escape from her poor country roots, Hazel found work as a domestic servant in the notoriously corrupt metropolis of Troy, New York. Fate derailed her plans for reinvention. But the investigation that followed her brutal murder was fraught with red herrings, wild-goose chases, and unreliable witnesses. Did officials really follow the leads? Or did they bury them to protect the guilty?

The likely answer is revealed in an absorbing true mystery that's ingeniously reconstructed and every bit as haunting as the cultural obsession it inspired.