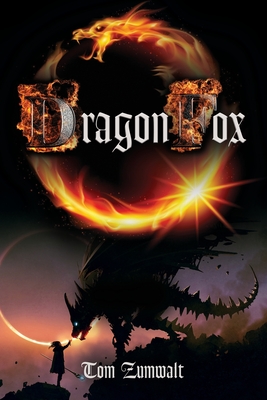 By Tom Zumwalt
$20.95
Ships from our supplier - you choose to your home or to the store

It was a time of deep magic. And dragons. And the uncertainty of when the next dragon attack would come.

This is "Fox" Lockhaven's world. Soon to be 14 years of age, he trains as a dragon fighter. Like his mother is. Like his father was. But Fox wants no part of the "flash and clash of metal", as he calls it. He does not want to end up a victim of dragon flame as his father had seven years prior. On that night. The Burning Night.

But he continues training. And he waits. He waits for an opportunity to find his father, for Fox believes his father is still alive. Somewhere.

Fox also waits to see if he will be selected in the Culling, the lottery that determines which 14-year-old Loughmarian will become a sacrifice to the dragons.

But time is running out not only for Fox, but for all life on Gaia, as a creeping blackness known as the Corruption threatens to devour everything in its path.

In addition to the Corruption, another ancient evil lies in wait, plotting, for the perfect opportunity to strike.

A leader is needed to save Gaia. A powerful, confident leader to turn back the darkness. Can Fox, this young, fearful boy who wants only to work in his garden and learn the magicks, become this leader? Will he be the one to rise up against a god and a Titan?