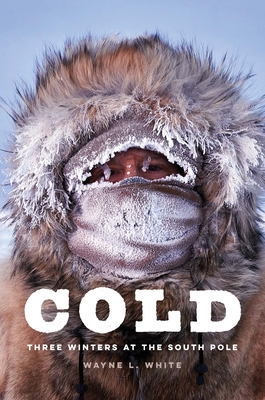 Winter owns most of the year at the South Pole, starting in mid-February and ending in early November. Total darkness lasts for months, temperatures can drop below -100 degrees Fahrenheit, and windchill can push temperatures to -140 degrees. At those temperatures a person not protected with specialized clothing and an understanding of how to wear it would be reduced to an icicle within minutes. Few people on the planet can say they know what it feels like to walk in the unworldly, frigid winter darkness at the South Pole, but Wayne L. White can—having walked several thousand miles and never missing a day outside during his stay, regardless of the conditions.

As the winter site manager of the Amundsen-Scott South Pole Station in Antarctica, White was responsible for the selection, training, and health and safety of the forty-two- and forty-six-person crews. Motivated by the determination and bravery of historical pioneers such as Roald Amundsen, Robert Falcon Scott, and Ernest Shackleton, White honed his leadership skills to guide a diverse group of experienced and talented craftsmen, scientists, and artisans through three winters, the longest term of any winter manager. Despite hardships, disasters, and watching helpless as a global pandemic unfolded far beyond their horizon, his crews prevailed.

In Cold White documents his time in these extreme elements and offers a unique perspective on the United States Antarctic Program at the South Pole.

Wayne L. White is a veteran of the U.S. Marine Corps and has served as a civilian contractor in assignments around the globe for more than twenty-five years, with nearly three years in the U.S. Antarctic Program at the South Pole. He has conducted solo expeditions to New Guinea, the Amazon, and Africa. He is a member of the Explorers Club of New York City and the Adventurers Club of Los Angeles and received the 2020 Adventurer of the Year award from the Adventurers Club of Los Angeles.

"An enlightening perspective on a remote region of the globe."—Kirkus Reviews

"This is just a fun and informative book to read. If Jack London had access to this book before he wrote To Build a Fire; his story might have been even better. "—Pennsylvania Literary Journal

“The ultimate checkbox for the world traveler’s bucket list is the South Pole. Several well-heeled tourists make it for the selfie, but to really experience the South Pole you need to overwinter and become a ‘polie’ to experience truest night and the deepest cold. Texan Wayne White has been there and done that.”—West Hansen, author of The Amazon from Source to Sea: The Farthest Journey down the World’s Longest River

“Eschewing normal desires for comfort and security, Wayne White undertakes extraordinary adventures, far off the beaten path, from which we learn much.”—Kevin Lee, member of the Explorers Club and the Adventurers Club

“Wayne White is one of the most interesting and accomplished adventurers I’ve ever met. This book is about an important chapter of his life when he served as the leader of the Amundsen-Scott South Pole Station for three (yes, three) winters. A must-read for anyone interested in Antarctica and the spirit of adventure.”—Jeff Holmes, past president of the Adventurers Club of Los Angeles