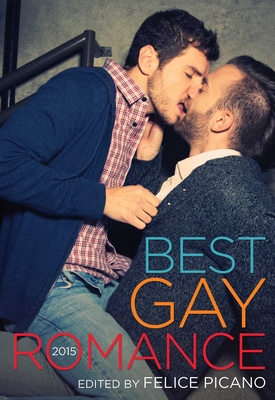 Gay romance is coming into full bloom in the wake of the Defense of Marriage Act's fall, and the literary world is giving this full expression. New series editor Felice Picano is one of the top gay writers in the world with many awards and much critical acclaim to his credit. Picano has written novels, plays, and major nonfiction works and he is at his finest when it comes to the subject of love. In Best Gay Romance 2015, he gathers a sweepingly romantic collection of short fiction that is long on love (and sex).

"The stories are deeply romantic and beautifully written. All in all, this is a cannot miss book for fans of the M/M romance genre." --Night Owl Book Reviews

"We might be showing our age when we say this, but the first time we seriously understood romance was watching the sparks fly between Michael Douglas and Kathleen Turner in Romancing the Stone. Thirty-one years later Best Gay Romance 2015 demonstrates the same casual bravado, sense of daring and fondness for a witty comeback and smouldering stare. This is the first time the collection has been assembled and edited by Felice Picano, who has published four volumes of his own short stories along with several noteworthy novels. He appears to have enjoyed his role as éminence grise, stating in the introduction that the only direction he insisted on for the stories was that they contain a minimum of two men - the same requirement we have when selecting a sporting event on the tellie."-SoSoGay

"A leading light in the gay literary world." --Library Journal