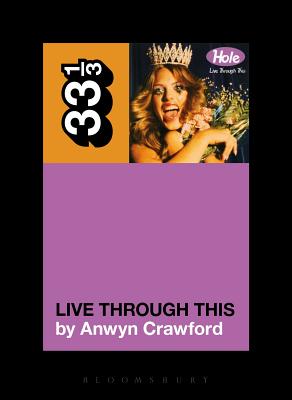 Courtney Love has never been less than notorious. Her intelligence, ambition and appetite for confrontation have made her a target in a music industry still dominated by men. As Kurt Cobain's wife she was derided as an opportunistic groupie; as his widow she is pitied, and scorned, as the madwoman in rock's attic. Yet Hole's second album, Live Through This, awoke a feminist consciousness in a generation of young listeners.

Live Through This arrived in 1994, at a tumultuous point in the history of American music. Three years earlier Nirvana's Nevermind had broken open the punk underground, and the first issue of a zine called Riot Grrrl had been published. Hole were of this context and yet outside of it: too famous for the strict punk ethics of riotgrrrl, too explicitly feminist to be the world's biggest rock band. Live Through This is an album about girlhood and motherhood; desire and disgust; self-destruction and survival. There have been few rock albums before or since so intimately concerned with female experience. It is an album that changed lives - so why is Courtney Love's achievement as a songwriter and musician still not taken seriously, two decades on?

Anwen Crawford is an Australian writer. She is the music critic for The Monthly magazine, and her essays have appeared in publications including Frieze, Overland and Loops: Writing Music.