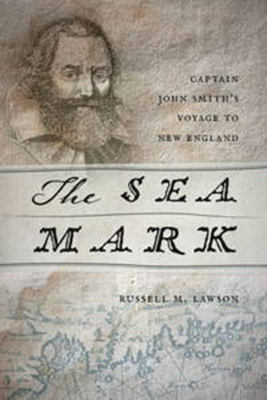 By age thirty-four Captain John Smith was already a well-known adventurer and explorer. He had fought as a mercenary in the religious wars of Europe and had won renown for fighting the Turks. He was most famous as the leader of the Virginia Colony at Jamestown, where he had wrangled with the powerful Powhatan and secured the help of Pocahontas. By 1614 he was seeking new adventures. He found them on the 7,000 miles of jagged coastline of what was variously called Norumbega, North Virginia, or Cannada, but which Smith named New England. This land had been previously explored by the English, but while they had made observations and maps and interacted with the native inhabitants, Smith found that “the Coast is . . . even as a Coast unknowne and undiscovered.” The maps of the region, such as they were, were inaccurate. On a long, painstaking excursion along the coast in a shallop, accompanied by sailors and the Indian guide Squanto, Smith took careful compass readings and made ocean soundings. His Description of New England, published in 1616, which included a detailed map, became the standard for many years, the one used by such subsequent voyagers as the Pilgrims when they came to Plymouth in 1620. The Sea Mark is the first narrative history of Smith’s voyage of exploration, and it recounts Smith’s last years when, desperate to return to New England to start a commercial fishery, he languished in Britain, unable to persuade his backers to exploit the bounty he had seen there.

RUSSELL M. LAWSON is professor of history at Bacone College in Oklahoma. He is the author of thirteen previous books, including Passaconaway’s Realm.