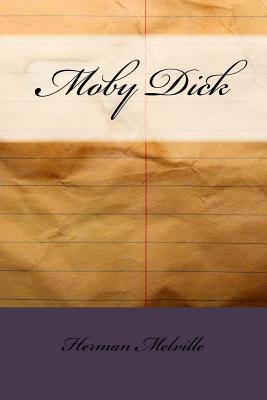 By Herman Melville
Email or call for price
Special Order

On a previous voyage, a mysterious white whale had ripped off the leg of a sea captain named Ahab. Now the crew of the Pequod, on a pursuit that features constant adventure and horrendous mishaps, must follow the mad Ahab into the abyss to satisfy his unslakeable thirst for vengeance. Narrated by the cunningly observant crew member Ishmael, it is the tale of the hunt for the elusive, omnipotent, and ultimately mystifying white whale-Moby Dick. On its surface, Moby Dick is a vivid documentary of life aboard a nineteenth-century whaler, a virtual encyclopedia of whales and whaling, replete with facts, legends, and trivia that Melville had gleaned from personal experience and scores of sources. But as the quest for the whale becomes increasingly perilous, the tale works on allegorical levels, likening the whale to human greed, moral consequence, good, evil, and life itself. Who is good? The great white whale who, like Nature, asks nothing but to be left in peace? Or the bold Ahab who, like scientists, explorers, and philosophers, fearlessly probes the mysteries of the universe? Who is evil? The ferocious, man-killing sea monster? Or the revenge-obsessed madman who ignores his own better nature in his quest to kill the beast? Scorned by critics upon its publication, Moby Dick was publicly derided during its author's lifetime. Yet Melville's masterpiece has outlived its initial misunderstanding to become an American classic of unquestionably epic proportions. Herman Melville was an American novelist, short story writer, essayist and poet who is often classified as part of dark romanticism. He is best known for his novel Moby-Dick and novella Billy Budd, the latter which was published posthumously. His first three books gained much attention, the first becoming a bestseller, but after a fast-blooming literary success in the late 1840s, his popularity declined precipitously in the mid-1850s and never recovered during his lifetime. When he died in 1891, he was almost completely forgotten. It was not until the "Melville Revival" in the early 20th century that his work won recognition, most notably Moby-Dick which was hailed as one of the chief literary masterpieces of both American and world literature.