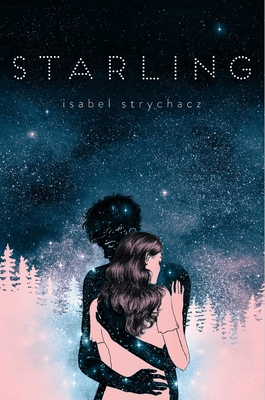 Edward Scissorhands meets When the Moon Was Ours in this “darkly whimsical…engrossing” (Kirkus Reviews) novel about two teen sisters who fight to protect the mysterious stranger who literally fell from the stars and into their backyard.

Strange things have always happened in the small town of Darling…

​​​Yet Delta Wilding and her sister Bee are familiar with the peculiar. Raised by an eccentric father always on the hunt for the spectacular, they’re used to following weather patterns that twirl onto strange paths, a car that refuses to play any artist but one, and living in a sentient house with whims of its own. But when a mysterious boy falls from the stars into the woods behind the Wilding sisters’ farmhouse, nothing can prepare them for the extraordinary turn their lives are about to take.

Starling Rust is not from this world and his presence in the Wilding home brings attention. As the terrified locals, Delta’s ex-boyfriend, and the unscrupulous mayor descend onto their home, both Delta and her sister go to incredible lengths to protect their mystical visitor—especially as Delta’s growing feelings for Starling could prove the greatest risk of all.

Isabel Strychacz is from a small town in the San Francisco Bay Area. An alumna of Mills College with degrees in English and history, she currently lives in England with her husband, where she works as a copywriter for a PR and communications agency. She is also the author of the novel Starling. You can find her online @IsabelStrychaczAuthor (Instagram), @IsabelStrychacz (Twitter), and at IsabelStrychacz.com.

In this debut novel, a young woman falls in love with an ethereal space boy who lands in the woods behind her house.

Delta Wilding, 18, and her 16-year-old sister, Bee, have been struggling to make ends meet and understand what happened in their magical house, named the Wild West, ever since their father disappeared through a closet door months earlier. The sisters are used to being regarded as misfits in their strange, insular town of Darling, California, even as Delta’s on-again, off-again relationship with Tag Rockford III, son of the wealthy, villainous mayor, creates friction for all around them. However, when Starling, a boy who appears to have fallen from the sky, lands in the woods behind their house, their rift with the town crescendos into not just mistrust, but actual danger. The plentiful swoon-y aspects of this supernatural love story will be best appreciated by fans of the genre, who will thrill to the vivid descriptions of Starling’s messy curls and pale, blue-tinted, tattooed skin. Evoking a darkly whimsical tone and told mainly from Delta’s third-person perspective with chapters interspersed from Bee’s and Starling’s points of view, this tale is an engrossing, languidly paced work of suspense exploring family and small-town dynamics and loyalties. The main human characters read as White.

In the small town of Darling, whispers of witchcraft and caustic unpleasantries circulate about the
Wilding sisters and their missing, alien-obsessed father. Seventy-seven days after his
disappearance, an earthquake shakes a star from the sky that falls into their woods in the form of
a glowing teenage boy. Eighteen-year-old Delta is simultaneously petrified and mesmerized by
the boy’s prone form, and she makes a snap decision to carry him home—with the help of
skeptical Bee. What unfolds is a character-driven story of love, possibility, fear, small-town
prejudice, and teenage emotions cranked to 11. The mysterious boy, Starling, is just as
bewildered by his sudden presence on Earth, and he unexpectedly finds himself experiencing
humanlike emotions and a romance with Delta. As the girls endeavor to conceal Starling from
hostile townsfolk, they must also take an honest look at their own hearts and actions. Debut
author Strychacz dusts her novel with the supernatural as she puts humanity’s beauty and
ugliness on equal display, keeping this heartfelt story from slipping into sentimentality and
sparkling all the more for it.
— Julia Smith
— Booklist

"Evoking a darkly whimsical tone and told mainly from Delta’s third-person perspective with chapters interspersed from Bee’s and Starling’s points of view, this tale is an engrossing, languidly paced work of suspense exploring family and small-town dynamics and loyalties. . . .An earnest, slowly unfolding drama." -- Kirkus

"Debut author Strychacz dusts her novel with the supernatural as she puts humanity’s beauty and
ugliness on equal display, keeping this heartfelt story from slipping into sentimentality and
sparkling all the more for it." -- Booklist