We, the Drowned Lib/E (Compact Disc) 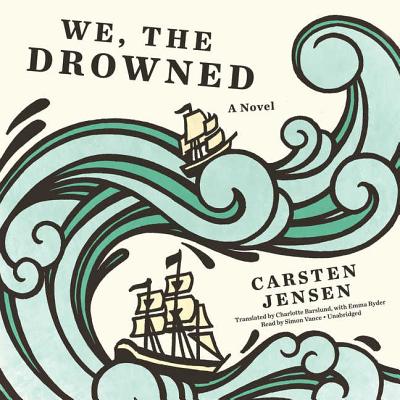 “Spanning the years from 1848 to 1945, We, the Drowned follows the sailors of Marstal ' a tiny town on the island of Aero in the Danish archipelago ' as they travel the oceans of the world as adventurers, soldiers, sailors, fathers, and sons. As each narrative voice moves on, another picks up the tale and makes it his own. Funny and poignant, heartwarming and powerful, dark and foreboding in a way that only the events of our own world can actually be. This is a gorgeous and gripping novel.”
— Seth Marko, UCSD Bookstore, La Jolla, CA

In 1848, a motley crew of Danish sailors sets sail from the small island town of Marstal to fight the Germans. Not all of them return-and those who do will never be the same. Among them is the daredevil Laurids Madsen, who promptly escapes again into the anonymity of the high seas.

This is also the story of the port town of Marstal, Denmark, whose inhabitants sailed the world from the mid-nineteenth century to the end of the Second World War and about the women and children they left behind. The novel tells of ships wrecked and blown up in wars, of places of terror and violence that continue to lure each generation with their cannibals, shrunken heads, prophetic dreams, forbidden passions, cowards, heroes, tragedies, and miraculous survivals.

The result is a brilliant seafaring novel, a gripping saga encompassing industrial growth, the years of expansion and exploration, the crucible of the first half of the twentieth century, and most of all, the sea.

Hailed in Europe as an instant classic, We, the Drowned, spanning four generations, two world wars, and a hundred years, is an epic tale of adventure, ruthlessness, and passion destined to take its place among the greatest seafaring literature.