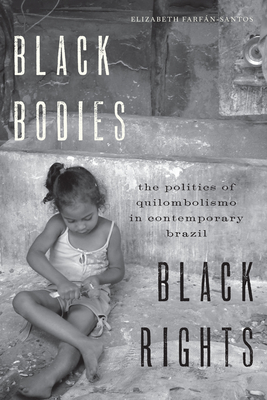 By Elizabeth Farfán-Santos
$32.34
Ships from our supplier - you choose to your home or to the store

Under a provision in the Brazilian constitution, rural black communities identified as the modern descendants of quilombos--runaway slave communities--are promised land rights as a form of reparations for the historic exclusion of blacks from land ownership. The quilombo provision has been hailed as a success for black rights; however, rights for quilombolas are highly controversial and, in many cases, have led to violent land conflicts. Although thousands of rural black communities have been legally recognized, only a handful have received the rights they were promised. Conflict over quilombola rights is widespread and carries important consequences for race relations and political representations of blackness in twenty-first century Brazil.

Drawing on a year of field research in a quilombola community, Elizabeth Farfan-Santos explores how quilombo recognition has significantly affected the everyday lives of those who experience the often-complicated political process. Questions of identity, race, and entitlement play out against a community's struggle to prove its historical authenticity--and to gain the land and rights they need to survive. This work not only demonstrates the lived experience of a new, particular form of blackness in Brazil, but also shows how blackness is being mobilized and reimagined to gain social rights and political recognition. Black Bodies, Black Rights thus represents an important contribution to the rapidly growing interdisciplinary field of Afro-Latino studies.