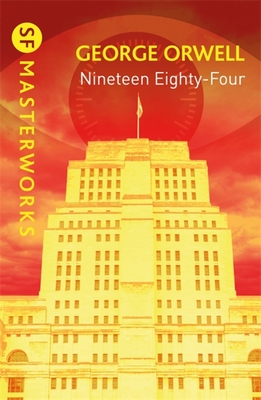 WAR IS PEACE
FREEDOM IS SLAVERY
IGNORANCE IS STRENGTH

Winston Smith is a good worker. He supports the Party. He is good at his job rewriting history to Government specification. Big Brother watches him, but there is nothing to see.

Winston's struggle against the totalitarian world he inhabits is a closely guarded secret. It exists only in his mind until he begins a secret love affair with Julia, a fellow worker. Is this enough to push him to revolution? Or is it the beginning of his downfall?

A masterwork of dystopian fiction, Nineteen Eighty-Four is harrowingly prescient, and its impact has stretched around the globe.

With a new introduction by political editor and writer Ian Dunt, this brand new edition of a science fiction classic is a must-have for any collector.

George Orwell (1903-1950)
Born in India, Eric Arthur Blair was better known by his penname, George Orwell. His work as a journalist, his non-fiction writing, and his time spent as a volunteer in the Spanish Civil War demonstrated his strong political beliefs, which carried into his fiction. Animal Farm and Nineteen Eighty-Four are widely cited as key works of political allegory, and his name has become a shorthand for political dystopias, while terms from his novels have permeated the common lexicon. He died in 1950 at the age of 46.