The Social Life of Maps in America, 1750-1860 (Published by the Omohundro Institute of Early American Histo) (Hardcover) 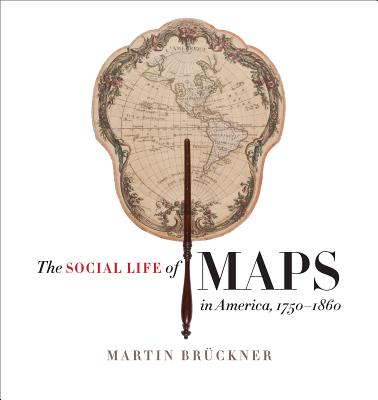 In the age of MapQuest and GPS, we take cartographic literacy for granted. We should not; the ability to find meaning in maps is the fruit of a long process of exposure and instruction. A "carto-coded" America--a nation in which maps are pervasive and meaningful--had to be created. The Social Life of Maps tracks American cartography's spectacular rise to its unprecedented cultural influence.

Between 1750 and 1860, maps did more than communicate geographic information and political pretensions. They became affordable and intelligible to ordinary American men and women looking for their place in the world. School maps quickly entered classrooms, where they shaped reading and other cognitive exercises; giant maps drew attention in public spaces; miniature maps helped Americans chart personal experiences. In short, maps were uniquely social objects whose visual and material expressions affected commercial practices and graphic arts, theatrical performances and the communication of emotions.

This lavishly illustrated study follows popular maps from their points of creation to shops and galleries, schoolrooms and coat pockets, parlors and bookbindings. Between the decades leading up to the Revolutionary War and the Civil War, early Americans bonded with maps; Martin Bruckner's comprehensive history of quotidian cartographic encounters is the first to show us how.