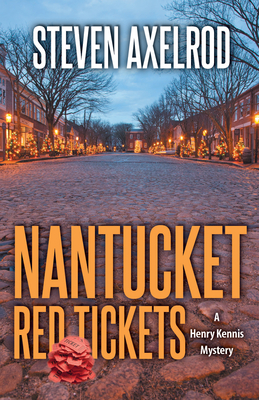 By Steven Axelrod
Email or call for price
Special Order

This is book number 4 in the Henry Kennis Mysteries series.

"Axelrod and his protagonist bring an amused, judicious, and ultimately tolerant eye to the foibles large and small of a mixed Santa's bag of characters." --Kirkus Reviews

Nantucket Police Chief Henry Kennis is investigating the so-cold Coddington case with Blum as the main suspect while he roots out a plot to rig the traditional five-thousand-dollar Red Tickets raffle and struggles to close down a local opioid dealer who's selling to high school kids from a house on Tuckernuck Island--a bleak vista of wild moors, dirt roads, and unpainted homes a century old. "It's a time machine," says Kennis. With a whaling history.