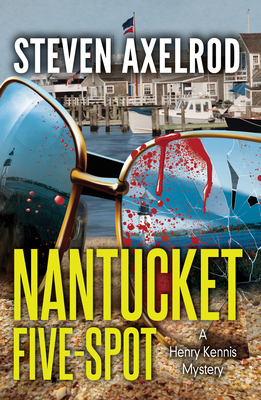 This is book number 2 in the Henry Kennis Nantucket Mysteries series.

At the height of the summer tourist season, a threat to bomb the annual Boston Pops Concert could destroy the island's economy, along with its cachet as a safe, if mostly summertime, haven for America's ruling class. The threat of terrorism brings The Department of Homeland Security to the island, along with prospects for a rekindled love affair—Henry's lost love works for the DHS now.

The "terrorism" aspects of the attack prove to be a red herring. The truth lies much closer to home. At first suspicion falls on local carpenter Billy Delavane, but Henry investigates the case and proves that Billy is being framed. Then it turns out that Henry's new suspect is also being framed—for the bizarre and almost undetectable crime of framing someone else. Every piece of evidence works three ways in the investigation of a crime rooted in betrayed friendship, infidelity, and the quiet poisonous feuds of small town life. Henry traces the origin of the attacks back almost twenty years and uncovers an obsessive revenge conspiracy that he must unravel—now alone, discredited and on the run—before further disaster strikes.

"In the second Henry Kennis mystery, the summer tourist season on Nantucket is under way when a threat to bomb the Boston Pops concert disrupts the holiday feeling, although the poetry-writing police chief suspects this may be a distraction to cover up a much bigger and more dangerous conspiracy." — Library Journal