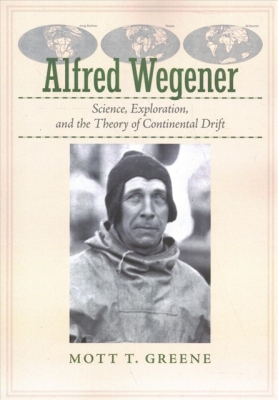 A masterful biography of Alfred Wegener (1880-1930), the German scientist who discovered continental drift.

Winner of the CHOICE Outstanding Academic Title of the Choice ACRL

Alfred Wegener aimed to create a revolution in science which would rank with those of Nicolaus Copernicus and Charles Darwin. After completing his doctoral studies in astronomy at the University of Berlin, Wegener found himself drawn not to observatory science but to rugged fieldwork, which allowed him to cross into a variety of disciplines. The author of the theory of continental drift--the direct ancestor of the modern theory of plate tectonics and one of the key scientific concepts of the past century--Wegener also made major contributions to geology, geophysics, astronomy, geodesy, atmospheric physics, meteorology, and glaciology. Remarkably, he completed this pathbreaking work while grappling variously with financial difficulty, war, economic depression, scientific isolation, illness, and injury. He ultimately died of overexertion on a journey to probe the Greenland icecap and calculate its rate of drift.

This landmark biography--the only complete account of the scientist's fascinating life and work--is the culmination of more than twenty years of intensive research. In Alfred Wegener, Mott T. Greene places Wegener's upbringing and theoretical advances in earth science in the context of his brilliantly eclectic career, bringing Wegener to life by analyzing his published scientific work, delving into all of his surviving letters and journals, and tracing both his passionate commitment to science and his thrilling experiences as a polar explorer, a military officer during World War I, and a world-record-setting balloonist.

In the course of writing this book, Greene traveled to every place that Alfred Wegener lived and worked--to Berlin, rural Brandenburg, Marburg, Hamburg, and Heidelberg in Germany; to Innsbruck and Graz in Austria; and onto the Greenland icecap. He also pored over archives in Copenhagen, Munich, Marburg, Graz, and Bremerhaven, where the majority of Wegener's surviving papers are found.

Written with great immediacy and descriptive power, Alfred Wegener is a powerful portrait of the scientist who pioneered the modern concept of unified Earth science. The book should be of interest not only to earth scientists, students of polar travel and exploration, and historians but to all readers who are fascinated by the great minds of science.