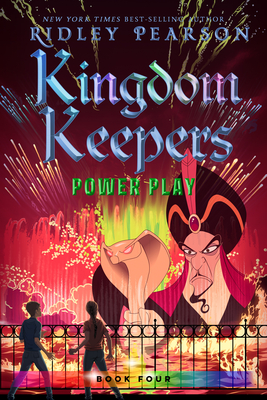 For the five teens who modeled as Disney Hologram Imaging hosts, life is beginning to settle down when an intriguing video arrives to Philby's computer at school. It's a call for action: the Overtakers, a group of Disney villains, seem to be plotting to attempt a rescue of two of their leaders, both of whom the Disney Imagineers have hidden away somewhere following a violent encounter in Epcot. A staged attack by new Overtakers at Downtown Disney, startles the group.

One of their own, Charlene, is acting strange of late. Has she tired of her role as a Kingdom Keeper or is there something more sinister at play? When caught sneaking into Epcot as her DHI, acting strictly against the group's rules, Finn and Philby take action.

Has the "impossible" occurred? Have the Overtakers created their own holograms? Have they found a way to "jump" from the Virtual Maintenance Network onto the Internet, and if so, what does that mean for the safety of the parks, and the spread and reach of the Overtakers? Are they recruiting an army from outside the parks?

A dark cloud in the Kingdom Keeper era is unfolding, and with dissention in their own ranks, it's unclear if there's any chance of escape.

Ridley Pearson is the award-winning author of the best-selling Kingdom Keepers series along with forty other novels for adults (suspense) and young readers (adventure) including cowriting Peter and the Starcatchers. Ridley spends a good deal of his time sneaking around the Disney parks and aboard the Disney Cruise Line ships all in the name of research.