A Life's Work: On Becoming a Mother (Paperback) 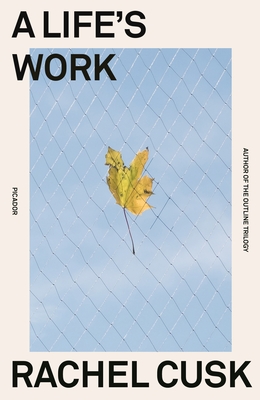 “Funny and smart and refreshingly akin to a war diary—sort of Apocalypse Baby Now . . . A Life’s Work is wholly original and unabashedly true.” —The New York Times Book Review

A Life’s Work: On Becoming a Mother is Rachel Cusk’s funny, moving, brutally honest account of her early experiences of motherhood. When it was published it 2001, it divided critics and readers. One famous columnist wrote a piece demanding that Cusk’s children be taken into care, saying she was unfit to look after them, and Oprah Winfrey invited her on the show to defend herself.

An education in babies, books, breast-feeding, toddler groups, broken nights, bad advice and never being alone, it is a landmark work, which has provoked acclaim and outrage in equal measure.

Rachel Cusk was born in Canada in 1967 and spent much of her childhood in Los Angeles before finishing her education at St Mary's Convent, Cambridge. She read English at New College, Oxford, and has travelled extensively in Spain and Central America. She is the author of six novels. The first, Saving Agnes (1993), won the Whitbread First Novel Award. A Life's Work: On Becoming a Mother (2001) is a personal exploration of motherhood. In The Lucky Ones (2003) she uses a series of five narratives, loosely linked by the experience of parenthood, to write of life's transformations, of what separates us from those we love and what binds us to those we no longer understand. In 2003, Rachel Cusk was nominated by Granta magazine as one of 20 'Best of Young British Novelists'. Her latest novel is Outline (2014).

"[Cusk's] account is extraordinary for its absence of polemic: she writes with the intelligence, wit, and keen eye for detail demanded by any kind of reporting, and the result is a book on the subject curiously unlike any other." —The New Yorker

"[A Life's Work] is as compulsive as a thriller although its plot (pregnancy, birth, colic, sleepless nights) is - naturally - a shambles and its cast tiny and undistinguished (mother, father, baby, doctor, health visitor, a few friends). Its time scheme is wild - vertiginously unchronological, as if to convey the disorientation of fatigue: babies destroy all sense of conventional time . . . She describes the book as a letter to women 'in the hope that they find some companionship in my experience'. No mother could fail to be interested and moved. Most will recognise themselves." —Kate Kellaway, The Guardian

"Rachel Cusk writes about new motherhood with an honesty and clarity that makes this memoir feel almost illicit. Sleepless nights, yes; colic, yes; but also a raw, frantic love for her firstborn daughter that she depicts and dissects with both rigor and amazement. " —Jennifer Szalai, The New York Times Book Review