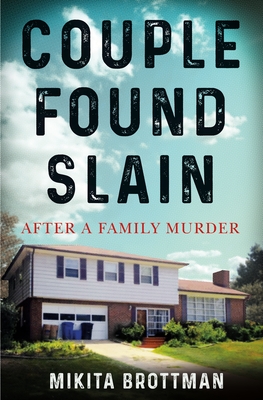 “Mikita Brottman is one of today’s finest practitioners of nonfiction.”
—The New York Times Book Review

Critically acclaimed author and psychoanalyst Mikita Brottman offers literary true crime writing at its best, taking us into the life of a murderer after his conviction—when most stories end but the defendant's life goes on.

On February 21, 1992, 22-year-old Brian Bechtold walked into a police station in Port St. Joe, Florida and confessed that he’d shot and killed his parents in their family home in Silver Spring, Maryland. He said he’d been possessed by the devil. He was eventually diagnosed with schizophrenia and ruled “not criminally responsible” for the murders on grounds of insanity.

But after the trial, where do the "criminally insane" go? Brottman reveals Brian's inner life leading up to the murder, as well as his complicated afterlife in a maximum security psychiatric hospital, where he is neither imprisoned nor free. During his 27 years at the hospital, Brian has tried to escape and been shot by police, and has witnessed three patient-on-patient murders. He’s experienced the drugging of patients beyond recognition, a sadistic system of rewards and punishments, and the short-lived reign of a crazed psychiatrist-turned-stalker.

In the tradition of One Flew Over The Cuckoo’s Nest, Couple Found Slain is an insider’s account of life in the underworld of forensic psych wards in America and the forgotten lives of those held there, often indefinitely.

Mikita Brottman, PhD, is an Oxford-educated scholar and psychoanalyst and the author of several previous books, including An Unexplained Death, The Great Grisby, and The Maximum Security Book Club. She is a professor of humanities at the Maryland Institute College of Art in Baltimore.

“Mikita Brottman is one of today’s finest practitioners of nonfiction that explores the uncertain truths revealed when violence crashes into human life…Brottman offers a precise and rarely seen accounting of American hospitals for the criminally insane…[and] shows the compounding injustice that results when the criminal mental health system is layered on top of mass incarceration.”
—The New York Times Book Review

“Two years after the Menendez brothers famously killed their parents in Beverly Hills, a 22-year old man walked into a Florida police station and confessed to a similar crime. But the case of Brian Bechtold never made the cover of People magazine. Mikita Brottman has compiled an astonishing narrative of a man trapped in a netherworld, locked up in psych wards for 27 years after being declared ‘not criminally responsible’ for his parents’ death. Bechtold grew up in a household that mixed abuse and mental illness, and his life story confronts the question: Can one be both a victim and a victimizer?”
—Robert Rand, author of The Menendez Murders

“Couple Found Slain is a compelling account of a young adult who killed his parents and was found not guilty by reason of insanity. Mikita Brottman has done a masterful job relating this man’s perceptions of his experiences as a patient in a psychiatric hospital for 27 years. This book raises important questions about the rights of the ‘criminally insane.’”
—Kathleen M. Heide, Ph.D., Distinguished University Professor, University of South Florida and author of Understanding Parricide: When Sons and Daughters Kill Parents

"Few have written more eloquently—and beautifully—about the terror of an institution that makes it virtually impossible to prove their sanity. Mikita Brottman shows the injustices of America's mental health care system with urgency, empathy and a keen eye for detail. It gives you goosebumps to think that almost anyone could end up in one of these soul-crushing, Kafkaesque machines."
—Sabine Heinlein, author of Among Murderers

"Mikita Brottman’s COUPLE FOUND SLAIN is a riveting account of a terrible crime and its aftermath. Deeply researched and compulsively readable, Brottman exposes the myriad ways that forensic psychiatry and a calcified system fail Bechtold and others judged 'not criminally responsible' for their actions. A gripping investigation that questions not only the sentence without end meted out to Bechtold, but the psychiatric dogma used to justify his continued incarceration."
—Deborah Rudacille, author of The Riddle of Gender: Science, Activism and Transgender Rights

"Brottman has established herself as a leading voice in modern true crime. She finds empathy in the criminal and shows compassion for those whom society wishes to simply forget. This is not just a well-written book, it's an important book. A must-read."
—James Renner, author of True Crime Addict

"A stunning achievement. This heartbreaking expose will enrage readers who yearn for a humane and rational treatment approach for those who are found by the U.S. court system to be 'criminally insane.' This is not a book for the timid or the weak of heart, but it's an absolutely essential read for those who demand fairness, coherence and compassion in our treatment of mental illness."
—Tom Nugent, author of Death at Buffalo Creek

“Brottman draws with authority on case studies and criminal statistics to dispel the common misconception that the insanity defense is preferable to prison and amounts to a get-out-of-jail-free card. True crime fans looking for a provocative approach to the genre will be rewarded.”
—Publishers Weekly

“Brottman deftly points to problems at facilities like Perkins [Hospital Center], from psychiatrists who spend too little time with patients, to high staff turnover…This thought-provoking book adds to conversations about the role of psychiatric institutions and how society can offer solutions.”
—Library Journal

“The author’s meticulous research is evident throughout…making for a smooth narrative populated by a variety of colorful characters…Brottman shows effectively that forced hospitalization could make anyone seem paranoid.”
—Kirkus Reviews