The Castle of Llyr: The Chronicles of Prydain, Book 3 (50th Anniversary Edition) (Paperback) 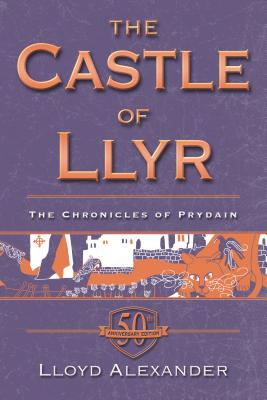 This is book number 3 in the The Chronicles of Prydain series.

Henry Holt Books for Young Readers is proud to publish this 50th Anniversary Edition of Lloyd Alexander's classic The Castle of Llyr, the third book in the Chronicles of Prydain. Whether readers are already familiar with the series or new to it, they won't be able to resist this beautiful special edition filled with bonus material and a new introduction by Origami Yoda author Tom Angleberger.

Princess Eilonwy hates to leave her friend Taran and her beloved home, but she must go to the Isle of Mona to train as a proper lady. Eilonwy soon faces more than the ordeal of becoming a dignified young maiden, however, for she possesses magical powers sought by the evil enchantress Queen Achren. When Eilonwy is put under a deep spell, Taran and his companions set out on a dangerous quest to rescue her.

“An exciting, highly imaginative, and sometimes profound fantasy of humor and heroism.” —The New York Times

“Character and dialogue is handled humorously and dextrously, which sets this classic-in-the-making apart from other folklore-based fantasies.” —Kirkus Reviews (Starred Review)