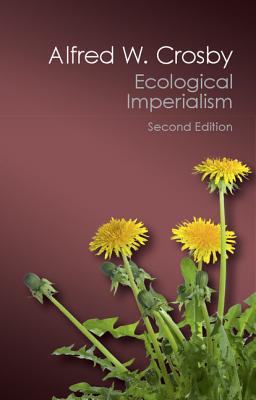 People of European descent form the bulk of the population in most of the temperate zones of the world - North America, Australia and New Zealand. The military successes of European imperialism are easy to explain; in many cases they were a matter of firearms against spears. But as Alfred W. Crosby maintains in this highly original and fascinating book, the Europeans' displacement and replacement of the native peoples in the temperate zones was more a matter of biology than of military conquest. European organisms had certain decisive advantages over their New World and Australian counterparts. The spread of European disease, flora and fauna went hand in hand with the growth of populations. Consequently, these imperialists became proprietors of the most important agricultural lands in the world. In the second edition, Crosby revisits his now classic work and again evaluates the global historical importance of European ecological expansion.