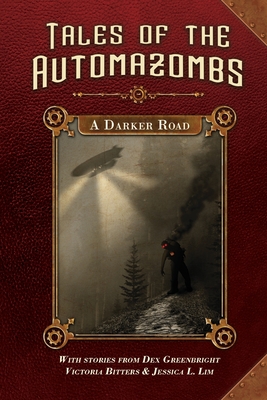 The Inventors Guild and the Teraltian Government have declared victory over the terrible plague that spread across the lands. Every country of the continent has been affected by the illness, but the plague is - purportedly - now being cleansed. The Guild's fearsome creatures lumber through quarantined cities, reclaiming the plagued lands for the living. Still, the people of Eyso remain wary. Dark rumors follow in the wake of these metal men. It is said that those who stray too close to the Automazombs are rarely seen again. Leaflets flutter down from airships across the continent. They urge calm, but many see the message as a warning: the Automazombs are coming. Wise travelers keep their distance from the wandering monsters. Then there are the brave, if foolish, few who confront what others fear.

Tales of the Automazombs: A Darker Road is the second book in the short story series, set in a steampunk world. Each story gives a glimpse of the larger world and the dread monsters created in a desperate attempt to save it. In this second edition of the book, there are minor edits and a respectful update to the name of one of our authors.