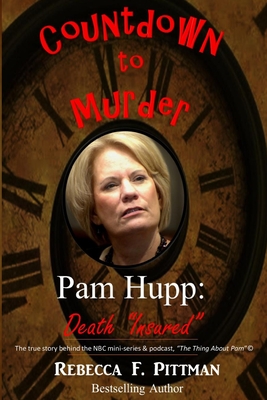 The brutal murder of Betsy Faria on December 27, 2011 set off a maelstrom of events that resulted in an innocent man's imprisonment and another man's death. It would take a decade to unravel all the misdirection in the Faria murder case, the misconduct of the prosecution team, and the insidious mind of a murderer that St. Charles County Prosecutor Tim Lohmar called "The Worst of the Worst " Betsy Faria was stabbed over 55 times. The murder scene was staged in an effort to frame the victim's husband Russell Faria. Through an investigative trial filled with perjury, tainted evidence, and misdirection, Russell was found guilty and spent 3 1/2 years in prison before his tenacious lawyer won him a second chance. It was during that second trial that the shadows fell away and the real murderer was revealed. But, before they could bring her to justice, several people would be stalked as potential victims, and one man would eventually lose his life in her effort to deflect suspicion from herself. Along the way, her mother mysteriously plunged from her third-floor balcony and died. Pam Hupp benefited from the insurance in both her mother's and Betsy Faria's deaths.
Ripped from the headlines, this incredible case has spawned multiple podcasts, including Dateline NBC's most-popular podcast to date: The Thing About Pam. It will air February 22, 2022 as an NBC mini-series starring Renee Zellweger as Pam Hupp. The story will also appear as a People Magazine Investigates documentary. At this printing, a Preliminary Hearing and Death Penalty Murder Trial are in the works against Ms. Hupp. At their conclusion, there will be a follow-up book in the Countdown to Murder: Pam Hupp series by Rebecca F. Pittman. Rumors of other victims are also being looked into at this time.
The book is packed with crime scene photos supplied to Ms. Pittman by the prosecuting attorneys and their law enforcement agencies. Exclusive interviews with family, police, media, and prosecutors are included. Ms. Pittman was also given access to the detectives and PA's involved in the two murder cases and enjoyed sharing details of the evidence provided.
Female serial killers are rare, representing only five to seven percent of the population. Accused of three murders, and with rumors of possible other victims, Pam Hupp falls within that five to seven percent. She filled the dark hours will plots so nefarious and unbelievable that it boggles the mind. It is chilling to think of what other plans she was composing when she was finally apprehended. There is still much to unveil. It is a story that will continue to rank as one of the most diabolical in True Crime history. The ripple effects of her actions have so far torn apart the lives of three victims and their families.
Pam Hupp is in prison for the murder of Louis Gumpenberger and is currently going to trial for the murder of Betsy Faria where Prosecuting Mike Wood will be seeking the Death Penalty. A Preliminary Hearing is set for Spring of 2022, with the trial probably falling in early 2023.
Rebecca F. Pittman is a bestselling author of 16 titles. Her History and Haunting series of books are frequently spotlighted on TV, radio, and podcast programs. Her research into the famous Lizzie Borden murders of 1892 resulted in finding new evidence, including the identity of a man the police failed to turn up. Ms. Pittman is a former talk show host, muralist, and game creator, including a popular escape room business. More Countdown to Murder books are in the works, as well as a foray into murder mysteries with a supernatural bent. She makes her home in Colorado.