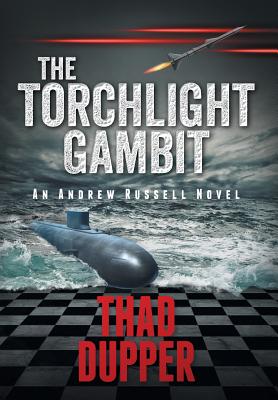 By Thad Dupper
$30.79
Ships from our supplier - you choose to your home or to the store

As the follow-up to Attack on Nantucket, The Torchlight Gambit takes the reader on a suspense-filled, international ride.

North Korea is red hot having obtained the Dong-Feng 21D "carrier killer" missile technology that can take out an American Aircraft Carrier with a single shot. Armed with the new "Torchlight" laser weapon system, the US President, Andrew Russell, decides the time is now to confront North Korea. Meanwhile, Apple has just refurbished the iconic ocean liner the SS United States with its mission to travel the world to conduct training and tech seminars for the world's youth. As part of an PR coup, Apple has decided to send the SS United States to the Korean Peninsula. The stage is now set for a global showdown.

Everyone knew it would come and now that it has - the unexpected and unpredictable becomes the real threat.