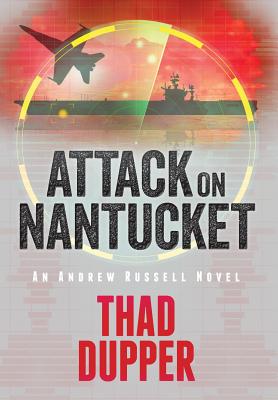 The first book in a series, Top Gun meets the West Wing in this fast-paced thriller set on the beautiful island of Nantucket.

A modern-day, Clancy-like thriller -- the US president, Nantucket, a terrorist plot and the US Navy. An adrenaline ride with great authenticity.

Andrew Russell, the 46th president of the United States, along with his wife and two young children have brought back a Kennedy-era feeling of Camelot to the White House. President Russell and his family are spending another vacation on the beautiful island of Nantucket.

After three years of planning, the Islamic Front has embedded terrorist cells on the island in preparation for the arrival of President Russell and his family.

With the resources of the US Navy at the ready -- the President, an ex-naval aviator, responds to the attack on his family with the focus, determination and aggressiveness that made him one of the best fighter pilots in the Fleet.

The people of Nantucket, descendants of hardy New England stock, along with the combined military and intelligence assets of the US Government are about to be challenged by the events unleashed on the tiny picturesque island.

Nantucket serves as the backdrop for this larger-than-life techno-thriller.