The League of Governors: Chronicle Two-Jason in the Adventures of Jason Lex (Paperback) 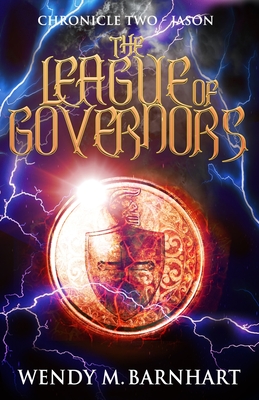 By Wendy Terrien
$15.99
Ships from our supplier - you choose to your home or to the store

An evil experiment. A plan to control humankind. Can a young defender end a horrific reign before the earth's population is eternally ensnared?

Jason Lex just saved the world. Now he's immersed in training as a new Rampart Guard to protect the shield that enables humans and cryptids like Skyfish, Kappa, and the Black Shuck to live side by side and danger-free. A summons from the League of Governors, the clandestine organization that presides over the human-cryptid treaty, takes a suspicious turn when Jason's dad and sister disappear on their way to League headquarters. Jason must find them before things go bad, so he follows their trail to London where he discovers the League of Governors may not be the benevolent organization everyone believes.

Injured and alone, Jason doesn't know whom to trust. After a shocking loss sends him reeling, news about his family forces Jason to make a terrible choice. When he learns of a secret plan to enslave the world, Jason must risk his life to defeat a powerful enemy and reunite what's left of his family. But can he stop a dominating adversary and again save the world before it's too late?

Chronicle One: The Rampart Guards

Chronicle Two-Jason: The League of Governors