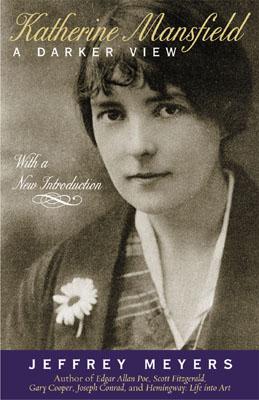 The works of Katherine Mansfield (1888-1923), one of England's most gifted short story writers, have influenced over eight decades of writers. A friend to Virginia Woolf, D. H. Lawrence, and Bertrand Russell, Mansfield left a literary legacy collected in The Garden Party, In a German Pension, and numerous anthologies. Biographies appearing after her death idealized her, but Meyers sets the record straight in his assessment of the author's life and career, revealing a woman with a self-destructive disdain for convention and respectability. Born and raised in New Zealand, Mansfield threw herself into several love affairs with men and women before living with literary critic John Middleton Murray. Meyers chronicles their tempestuous relationship (one that mixed abuse with devotion) and the years she fought a losing battle with tuberculosis.

Jeffrey Meyers is a Fellow of the Royal Society of Literature, and the author of Scott Fitzgerald: A Biography, Edgar Allan Poe: His Life and Legacy, Joseph Conrad: A Biography, Hemingway: Life into Art, and Gary Cooper: An American Hero, (all available from Cooper Square Press), in addition to biographies of Humphrey Bogart, D. H. Lawrence, Edmund Wilson, and George Orwell. He lives in Berkeley, California.