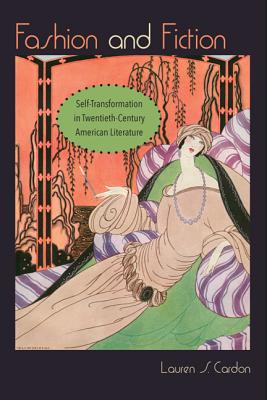 During the twentieth century, the rise of the concept of Americanization--shedding ethnic origins and signs of "otherness" to embrace a constructed American identity--was accompanied by a rhetoric of personal transformation that would ultimately characterize the American Dream. The theme of self-transformation has remained a central cultural narrative in American literary, political, and sociological texts ranging from Jamestown narratives to immigrant memoirs, from slave narratives to Gone with the Wind, and from the rags-to-riches stories of Horatio Alger to the writings of Barack Obama. Such rhetoric feeds American myths of progress, upward mobility, and personal reinvention.

In Fashion and Fiction, Lauren S. Cardon draws a correlation between the American fashion industry and early twentieth-century literature. As American fashion diverged from a class-conscious industry governed by Parisian designers to become more commercial and democratic, she argues, fashion designers and journalists began appropriating the same themes of self-transformation to market new fashion trends. Cardon illustrates how canonical twentieth-century American writers, including Edith Wharton, Theodore Dreiser, F. Scott Fitzgerald, Ernest Hemingway, and Nella Larsen, symbolically used clothing to develop their characters and their narrative of upward mobility. As the industry evolved, Cardon shows, the characters in these texts increasingly enjoyed opportunities for individual expression and identity construction, allowing for temporary performances that offered not escapism but a testing of alternate identities in a quest for self-discovery.

Lauren S. Cardon, Assistant Professor of English at the University of Alabama, is the author of The White Other in American Intermarriage Stories, 1945-2008.