Party Monster: A Fabulous But True Tale of Murder in Clubland (Paperback) 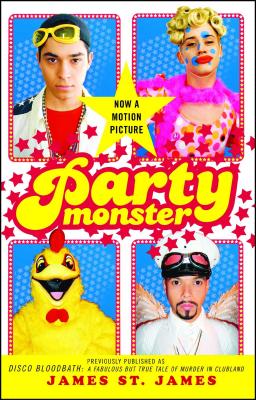 When Party Monster was first published, it created a storm of controversy for its startlingly vivid, strikingly fresh, and outrageous depiction of the hedonistic world of the 90s New York City club kids, for whom nothing was too outré—including murder. Nominated for the Edgar Award for best true crime book of the year, it also marked the debut of an audaciously talented writer, James St. James, who himself had been a club kid and close friend and confidant of Michael Alig, the young man convicted of killing the drug dealer known as Angel. This is the inside story of life in clubs like The Tunnel and The Limelight and hanging with leading lights like Keith Haring and RuPaul and the drugs, sex, music, and mayhem that existed during the heyday of New York City club culture.

James St. James who was once dubbed a "celebutante" by Newsweek magazine, is now a radio personality, an editor and contributor to The World of Wonder Report, and author of Party Monster and Freak Show.

"A vastly entertaining, scarily well-written, and horrifically funny book...even at its most gruesome."
— The Baltimore Sun

"It is the best book I have ever read....It's Our Lady of the Flowers with thigh-slapping humor. It's Liberace's Last Exit to Brooklyn...a lovely and horrible discourse on death."
— Simon Doonan

"A surprisingly funny and touching memoir."
— The New York Post