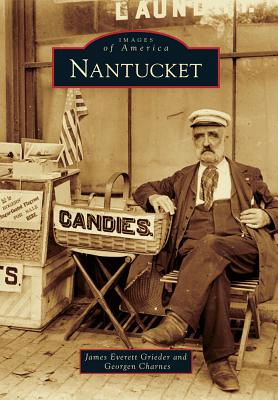 This volume details Nantucket's long history from European settlement in 1659 to whaling culture and Quaker influence to tourist destination.

Nantucket, a Wampanoag word meaning "far-away island," was first settled by Europeans in 1659. The earliest settlers, known as the "Proprietors," envisioned a community of farmers and shepherds, but the island found its fortune as a preeminent whaling port in the late 18th and early 19th centuries. During its time under Quaker influence, Nantucket was a cosmopolitan and dynamic place; radical new ideas, like abolitionism and women's rights, found fertile ground in the Quakers' firm belief in equality. As the entrance to the harbor became impassable, Nantucket lost its whaling focus and experienced a general economic decline. Ironically, this downturn and the resulting absence of new building, along with modern cultural change, became the springboard for its later revival. Nantucket was transformed into a tourist destination, an artist colony, and a summer home to the wealthy and famous, with a rich maritime heritage and a proud tradition of historic preservation.