The Fire Next Time (Hardcover) 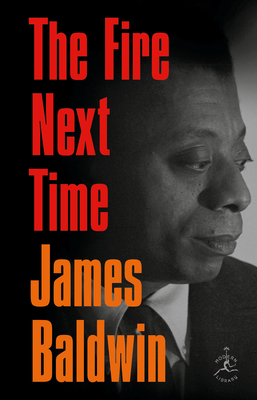 A stirring, intimate reflection on the nature of race and American nationhood that has inspired generations of writers and thinkers, first published in 1963, the same year as the March on Washington

“The finest essay I’ve ever read.”—Ta-Nehisi Coates, #1 New York Times bestselling author of the National Book Award winner Between the World and Me

With clarity, conviction, and passion, James Baldwin delivers a dire warning of the effects of racism that remains urgent nearly sixty years after its original publication.

In the first of two essays, “My Dungeon Shook: Letter to My Nephew on the One Hundredth Anniversary of the Emancipation,” Baldwin offers kind and unflinching counsel on what it means to be Black in the United States and explains the twisted logic of American racism.

In “Down at the Cross: Letter from a Region in My Mind,” Baldwin recounts his spiritual journey into the church after a religious crisis at the age of fourteen, and then back out of it again, as well as his meeting with Elijah Muhammad, the leader of the Nation of Islam. Throughout, Baldwin urges us to confront the oppressive institutions of race, religion, and nationhood itself, and insists that shared resilience among both Black and white people is the only way forward. As much as it is a reckoning with America’s racist past, The Fire Next Time is also a clarion call to care, courage, and love, and a candle to light the way.

James Baldwin (1924–1987) was a novelist, essayist, playwright, poet, and social critic. His first novel, Go Tell It on the Mountain, was published in 1953 to excellent reviews, and his essay collections Notes of a Native Son and The Fire Next Time were bestsellers that made him an influential figure in the growing civil rights movement. Baldwin spent much of his life in France, where he moved in order to escape the racism and homophobia of the United States. He died in France in 1987, a year after being made a Commander of the French Legion of Honor.

“Basically the finest essay I’ve ever read. It’s technically two essays but it feels like one. [James] Baldwin refused to hold anyone’s hand. He was both direct and beautiful all at once. He did not seem to write to convince you. He wrote beyond you.”—Ta-Nehisi Coates, #1 New York Times bestselling author of the National Book Award winner Between the World and Me

“So eloquent in its passion and so scorching in its candor that it is bound to unsettle any reader.”—The Atlantic