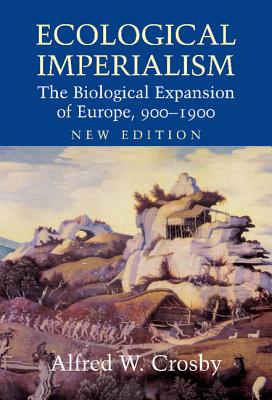 People of European descent form the bulk of the population in most of the temperate zones of the world--North America, Australia and New Zealand. The military successes of European imperialism are easy to explain because in many cases they were achieved by using firearms against spears. Alfred Crosby, however, explains that the Europeans' displacement and replacement of the native peoples in the temperate zones was more a matter of biology than of military conquest. Now in a new edition with a new preface, Crosby revisits his classic work and again evaluates the ecological reasons for European expansion. Alfred W. Crosby is the author of the widely popular and ground-breaking books, The Measure of Reality (Cambridge, 1996), and America's Forgotten Pandemic (Cambridge, 1990). His books have received the Ralph Waldo Emerson Prize, the Medical Writers Association Prize and been named by the Los Angeles Times as among the best books of the year. He taught at the University of Texas, Austin for over 20 years. First Edition Hb (1986): 0-521-32009-7 First Edition Pb (1987): 0-521-33613-