A Voice from the South (Paperback) 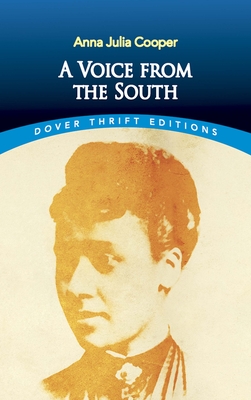 By Anna Julia Cooper, Janet Neary (Introduction by)
$5.00
Email or call for price.

A cornerstone of black feminist and political theory, this collection of essays focuses on racial progress and women's rights. A Voice from the South, written in 1892, is regarded as the first statement of black feminism. Despite their imprint of nineteenth-century social thought, these essays possess an urgent, modern tone, characterized by an emphasis on debate and a scintillating wit. Topics include the importance of women's education as well as African Americans' economic roles and their literary representation.
A noted member of Washington, D. C.'s African American community, Anna Julia Cooper (1858 - 1964) rose to prominence as a leading scholar, educator, and activist at the end of the nineteenth century. Born into slavery, she was the fourth African American woman to earn a doctoral degree, receiving a PhD in history from the University of Paris-Sorbonne in 1924. This edition includes an informative Introduction to Cooper's life and work by Janet Neary.

Anna Julia Cooper (1858 - 1964), born into slavery, received a PhD in history from the University of Paris-Sorbonne in 1924 and was the fourth African American woman to earn a doctoral degree. A prominent member of Washington, D. C.'s African American community, she was a member of the Alpha Kappa Alpha sorority.Janet Neary is an Assistant Professor of 19th Century African American Literature at Hunter College.