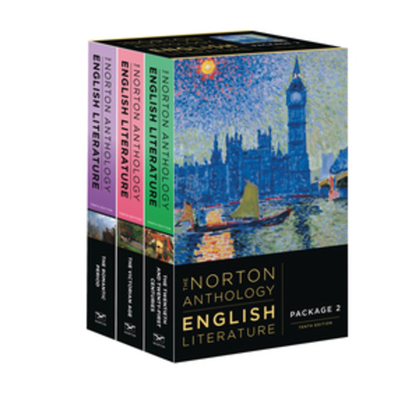 A responsive, refreshed, and media-rich revision of the best-selling anthology in the field

The most trusted anthology for complete works and helpful editorial apparatus. The Tenth Edition supports survey and period courses with NEW complete major works, NEW contemporary writers, and dynamic and easy-to-access digital resources. Also available is an ebook featuring exciting, teachable core selections of some of the very best of English literature from the print anthology. For more information on this digital offering, including its Table of Contents, visit the ebook page here.