The Innocent Man: Murder and Injustice in a Small Town (Paperback) 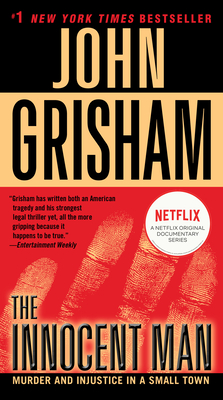 “Grisham has written both an American tragedy and his strongest legal thriller yet, all the more gripping because it happens to be true.”—Entertainment Weekly

“Grisham has crafted a legal thriller every bit as suspenseful and fast-paced as his bestselling fiction.”—The Boston Globe