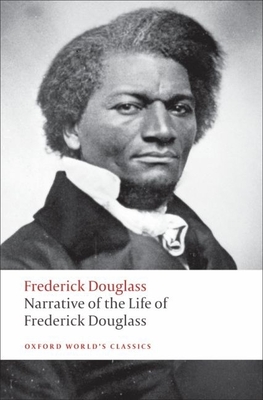 By Frederick Douglass, Deborah E. McDowell (Editor)
$9.95
Ships from our supplier - you choose to your home or to the store

"I was born in Tuckahoe. I have no accurate knowledge of my age, never having seen any authentic record containing it. By far the larger part of the slaves know as little of their ages as horses know of theirs, and it is the wish of most masters within my knowledge to keep their slaves thus ignorant." So begins the now-classic personal account of Frederick Douglass (1818-1895), who was born into slavery in Maryland and after his escape to Massachusetts in 1838 became an ardent abolitionist and campaigner for women's rights. His Narrative, which was an instant bestseller upon publication in 1845, relates his experience as a slave, the cruelty he suffered at the hands of his masters, his struggle to educate himself, and his fight for freedom. Written with much passion, and with no small degree of striking biblical imagery, the Narrative came to assume epic proportions as a fundamental anti-slavery text, an accessible record in which the author had carefully crafted both his life story and his persona. The introduction and notes for this new edition fully examine Douglass--the man and the myth--while also considering both his complex relationship with women and the enduring power of his autobiography. Other highlights include extracts from Douglass's primary sources and examples of his writing on women's rights. About the Series: For over 100 years Oxford World's Classics has made available the broadest spectrum of literature from around the globe. Each affordable volume reflects Oxford's commitment to scholarship, providing the most accurate text plus a wealth of other valuable features, including expert introductions by leading authorities, voluminous notes to clarify the text, up-to-date bibliographies for further study, and much more.