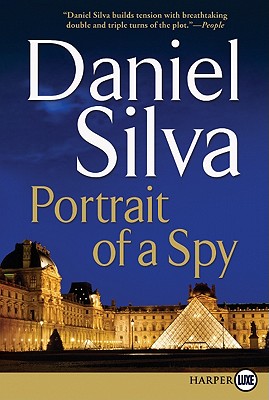 This is book number 11 in the Gabriel Allon series.

Portrait of a Spy is Silva’s eleventh thriller to feature art restorer and master spy Gabriel Allon as he races from Great Britain to Washington to New York to the Middle East on the trail of a deadly and elusive terrorist network responsible for massacres in Paris, Copenhagen, and at London’s Covent Garden.